About Progress Speakers Topics Partners Contacts
Reindeer. We can lose them. 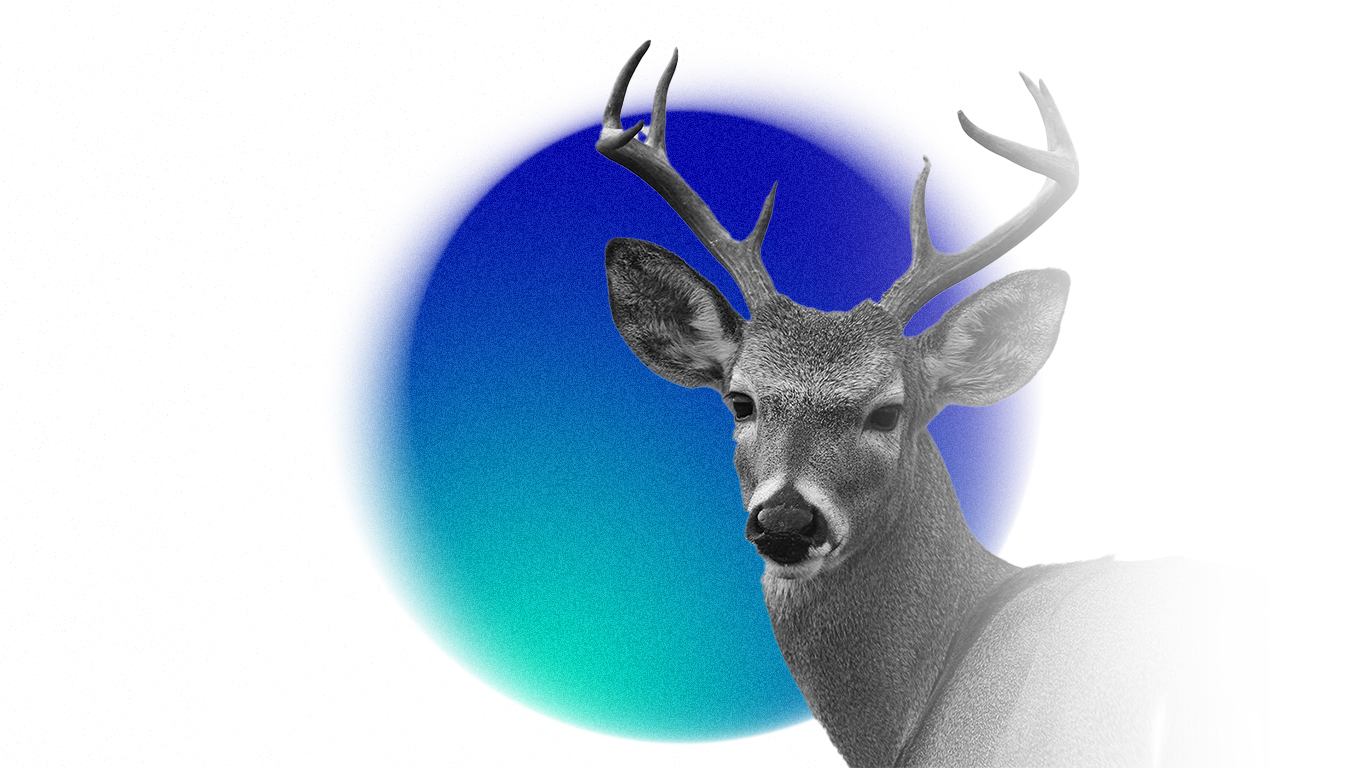 For thousands of years, reindeer have lived in the tundra and taiga.

It is believed that ancient people came to the Arctic following the migrating herds of these ungulates. Nature has adapted deer well for life in a harsh climate, but they hardly endure the heat.

Animals find reindeer moss easily — their main food product, even under a deep snow layer, which they dig up with their powerful hooves.
FACTS
Total amount of Northern deer is significantly decreasing, in particular due to climate change.

According to the forecast, the number of the Northern deer population may decrease to 150-200.000 individuals.

The Environmentalists are sounding the alarm: if we do not take action, then soon the wild reindeer may disappear altogether.
Scientists note that the Northern deer are a migratory species and can travel up to 5000 kilometers across the tundra. Therefore, even large protected areas cannot protect deer from the barbaric hunting of poachers.

Wild reindeer herds are part of the natural tundra system. If herbivores cannot graze en masse, the tundra will overgrow. The composition of plants will change and further along the chain.

PROBLEM
In the European part of Eurasia, massive deforestation and unexampled poaching have led to animal downsizing by five to ten times.

Reindeer die for a variety of reasons. For instance, in recent years the number of wolves in the tundra has grown in recent years. But the main factor is poaching. There are only four hunting inspectors per 800.000 square kilometers of Taimyr.

When the reindeer fishing system was organized for catching them, poachers in Taimyr hunted up to 10.000 heads per year. Nowadays there are 45-50 thousand deer (half of the total number of animals are caught and killed from various reasons).

The Taimyr population is undergoing unprecedented destruction. The number of people with weapons and snowmobiles has grown significantly. The practice of harvesting antlers and wild deer has appeared for the last few years.
Antlers are young deer horns with a tubular non-horny structure, filled with blood and covered with thin skin and short soft hair.
Mostly it happens on river crossings. The deer is completely defenseless in the water. Poachers approach the animals on well-equipped motor boats, chop the deer antlers with axes and cleavers, often with the frontal bone.
SOLUTION
The Northern deer cannot ask for help on their own but it does not mean that they do not need help. Donation is the easiest, fastest and most effective way to help animals.

Funds are required to create special reindeer preserve, where hunting or causing any harm to these animals will be prohibited.
First stage requires purchase of snowmobiles, satellite communications, organization of mobile housing for project staff. The required amount is $400.000.
The second stage includes the creation and arrangement of the protected area. The cost of this stage is $8.000.000
Save the Reindeer
Every person can make a difference!
Make a donation which is comfortable for you.
We will be glad to receive a small monthly help — this will make us feel more confident and make our work plans more secure.
TRIVIA
The little deer left without a mother are sometimes taken to the chum (dwelling of a Northern deer herder). They are called "avkas". Such fawns become domestic animals: they are never eaten, harnessed or killed. A special beautiful collar is made for a family pet. The image "avka" is one of the most frequent in the fairy tales of the northern peoples.

Northern deer eyes change with the seasons. In summer, the reflective surface behind the retina is golden which is common for many mammals with an active nocturnal lifestyle. In winter, this part of the eye turns into dark blue. This way, the eyes collect more light, which sharpens the vision. It is very helpful during long polar nights.

Northern deer do not make a sound when they are injured. Therefore, they are also used in hostilities. Deer were also used during the Second World War. In the Soviet Union, with their help, wounded soldiers were evacuated, military supplies were delivered, scouts were thrown into the enemy's rear to the Nazis, and even destroyed aircraft were taken out together with crews. More than 10 thousand Northern deer were mobilized of which several transport battalions were formed. In total, the deer took 10142 wounded soldiers and officers from the battlefield, delivered 162 emergency aircraft from the tundra, and transferred 8,000 fighters and 17,000 tons of ammunition to the front line of defense.

Northern deer don't sweat. They have weak sweat glands, so they cool the body like dogs: they breathe heavily, opening their mouths and sticking out their tongues. For the same reason, in almost all race photos, deer have funny open mouths and tongue sideways.

He was called "nen uruk" — the bearer of the shrine.

Northern people "Nenets" drink fresh blood of young deer. There are few vitamins in the tundra and blood helps to replenish their deficiency and increase hemoglobin. They talk to the animal for a long time and calm it down, explaining that it is time to go to the heavenly herd and people need his body. It is believed that the blood of a frightened deer is not useful. The northern people "Nenets" collect deer blood, store it in bags from the lower part of the deer. Sometimes blood is salted and meat or fish is dipped into it. The Nenets are the indigenous minority of the peoples of the North. They inhabit the Eurasian coast of the Arctic Ocean from the Kola Peninsula to Taimyr. In total, about 44.6 thousand Nenets live on the territory of Russia.

Northern deer wool is special: the hair is hollow and filled with air inside, at the base there is a dense layer of down. This allows the deer not to freeze at low temperatures and not get too wet. Even the hooves and the front surface of the upper lip are covered with wool which is not found in other species of deer.

Northern deer are very attracted to salt. They need it, but under normal conditions in the tundra it is practically nonexistent. Therefore, during the short northern summer, Northern deer wander to the seashore.
Donate
Subscribe for our updates